A 50 men Guard of Honour was paraded on the occasion.  The Guard performed the ‘Salami Shastra’ and Vice Adm Jain placed the floral wreath. While the bugler sounded the ‘Last Post’, a two-minute silence was observed.

The Nation remembers the supreme sacrifices of Veergati Prapt Soldiers killed during the Kargil War when India successfully recaptured the covertly occupied few outposts inside the Line of Control on this day twenty-one years ago. Ever since the victory in Operation Vijay, 26 Jul is celebrated the ‘Kargil Vijay Diwas’ every year.

The ‘Victory at Sea’ War Memorial built in 1996 at RK Beach Road Visakhapatnam is a fitting tribute to mark the supreme sacrifice of our men who in the highest traditions of the Indian Armed Forces, made the supreme sacrifice during the 1971 INDO-PAK war. The memorial was upgraded from time to time. The recent additions are the National Emblem atop the memorial tower in Oct 2019 and a mural created this week depicting Missile attacks by Indian Naval Ships on the night of 04 Dec 1971  along with routing of Indian Missile Boats during 1971 War. 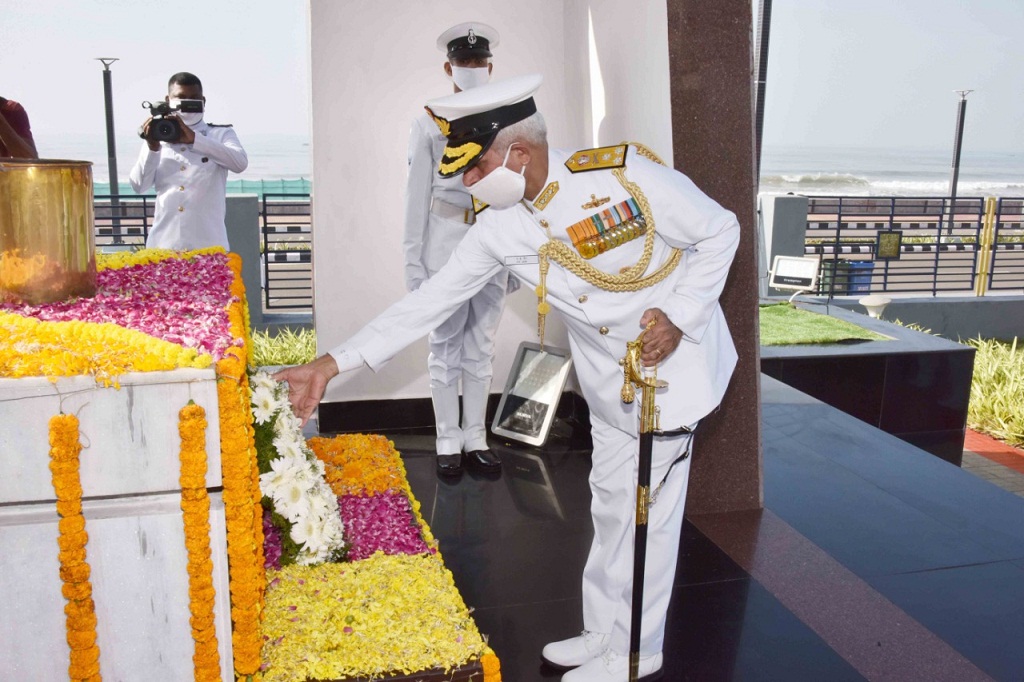 Sisters from Northeast tie Rakhi on Jawans posted in J&K

Five Rafale jets land in Ambala, to give timely boost to IAF’s capabilities