Mehab Qureshi
Pune, November 21, 2020: A case of illegal sand lifting was detected by activists at the confluence of Ramnadi and Mula river behind the sewage treatment plant (STP) in Aundh, on the intervening night of Friday and Saturday. After being informed by the alert activists, police have arrested one person while the search is going for two others.

Based on a complaint from activist Vaishali Patkar, who is also the president of Aundh Vikas Mandal, an FIR has been registered by Sangvi police station under Pimpri Chinchwad police, against Vijaykumar Chhakam Sav (23), a native of Jharkhand, who lived in Takli Haji in Shirur taluka of Pune district.

According to police, the incident took place between 11 pm on Friday to 1 am on Saturday. After getting information from her sources, Patkar along with another activist Pushkar Kulkarni visited the spot near Pimple Nilakh crematorium. After confirming sand lifting, she reported the incident to Chaturshringi Police station. 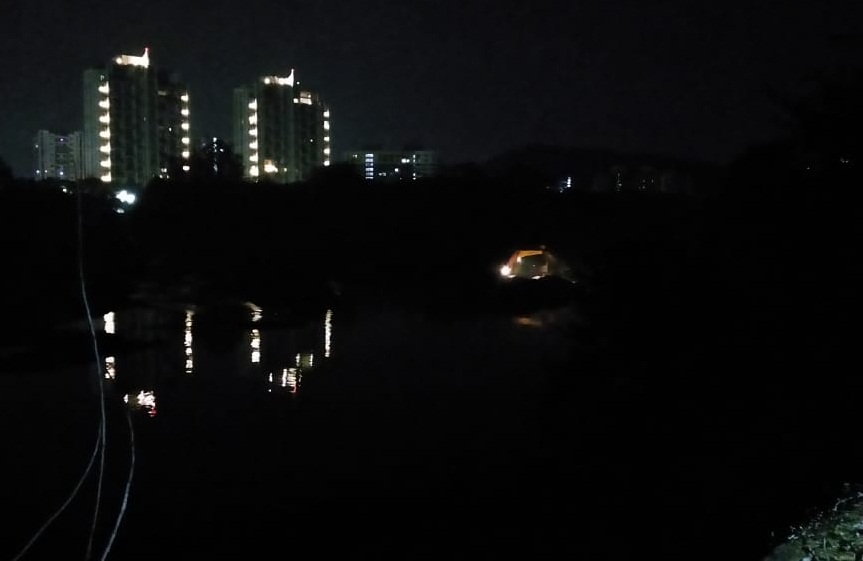 A team led by Police Sub Inspector Rakesh Sarde visited the spot, but two accused ran away taking advantage of darkness, while one person was caught.

Police officials have recovered sand worth Rs 8,000 from their possession. Police have also seized the poclain machine which was being used to lift sand from the river and put it in their tractor trolley. The accused persons have been charged for offences under section 379 (theft) of the Indian Penal Code (IPC) and section 9 and 15 of the Environment Protection Act.

“This kind of illegal mining was observed for more than a week now, residents nearby were also concerned about the whole situation, so I decided to take the matter into my hands”, Patkar told Punekarnews.in

Pune: GMRT Becomes Third Contribution From India To Be Recognized As IEEE Milestone

Pune: GMRT Becomes Third Contribution From India To Be Recognized As IEEE Milestone

Law On Conversion In Uttar Pradesh Comes Into Force From Today, Gets A Nod Of Approval From Governor Anandiben Patel