National War Memorial, Southern Command, Pune stands proud in all its magnificence at Morwada Junction in Pune Cantonment is a prominent landmark of the city. It is unique because it is the only War Memorial in South Asia that has been erected through citizens contribution. The citizens initiative in erecting a post-independence war memorial in Pune originated in Dec 1996 during silver jubilee celebrations of India’s decisive victory over Pakistan in 1971 which led to the birth of a new nation, Bangladesh.

A committee of citizens formed by the Indian Express resolved in January 1997 during the golden jubilee year of independence that without waiting for government’s initiative, citizens would begin erecting a memorial in Pune as a mark of their gratitude for the guardians of our frontiers. The committee under the chairmanship of Brig NM Grant (retd) approached the Southern Command for a suitable piece of land which was promptly earmarked by the Cantonment Board. The citizens committee took on the task of fund raising for the said project. Work began on 15 Aug 1997 and exactly one year later His Excellency the Governor of Maharashtra Dr PC Alexander, dedicated the Memorial to the Nation. The Memorial has an 18 meter hight granite tower with marble Panels carring names of the martyrs on three ides. Name of 2847 Officers, Junior Commissioned Officers and Other Ranks, who laid down their lives in action since 15 Augest 1947 have been inscribed on the marble panels. The names have been listed year-wise and alphabetically.

After a decade, in year 2008 the war memorial underwent major renovation under the supervision of HQ Southern Comd, HQ Pune Sub Area and the Pune Cantonment Board. Major renovations carried out were construction of a compound wall and gate, pathways, display of the Vijayanta tank and improving the landscaping with stone engraved galleries which provide an account of major battles in the Command theatre including names of the war heroes. Rechristened as National War Memorial : Southern Command, the Memorial serves as a reminder sacrifice of our Soldiers, Sailors and the Airmen. Further renovation was carried out between Sep-Dec 2009 to give the memorial a Tri Services look with the placement of a model of INS Trishul and a MiG 23 aircraft within the memorial premises. Large scale plantation of trees was also carried out within the war memorial.

During the Vijay Diwas celebration in 2011 a 101 feet tall flag mast was inaugurated by Mr Navin Jindal, MP and Founder of Flag Foundation of India along with the then GOC-in-C Southern Co 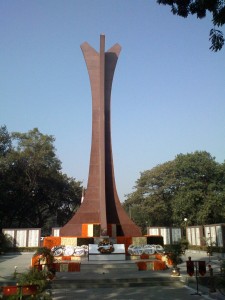 National War Memorial, Southern Command is dedicated to the Soldiers, Sailors and Airmen who laid down their lives defending the country since Independence. The Memorial is an expression of the nation’s gratitude for the supreme sacrifice made by its bravest men.

Pune Police To Tighten Night Patrolling In Seven Areas In The City; Know Where

Tourist Accommodations To Come Up At Sinhgad Fort, Akkalkot In One Month: MTDC

Pune Police To Tighten Night Patrolling In Seven Areas In The City; Know Where

Tourist Accommodations To Come Up At Sinhgad Fort, Akkalkot In One Month: MTDC