Pimpri, May 20, 2020: Till 9.40 pm today, ten Coronavirus positive patients were reported in Pimpri Chinchwad Municipal Corporation (PCMC) area, taking the total tally to 243. Also, nine patients were discharged from the hospital, while one patients died.

According to PCMC, the new patients are from Anandnagar 3, Wakad 1, Rahatani 1, Chikhali 1, Ravet 1, Walhekarwadi 1, Kharalwadi 1, and Bhatnagar 1. The number of patients in Anandnagar near Chinchwad station has reached 36. The patient who died was from Kharalwadi. 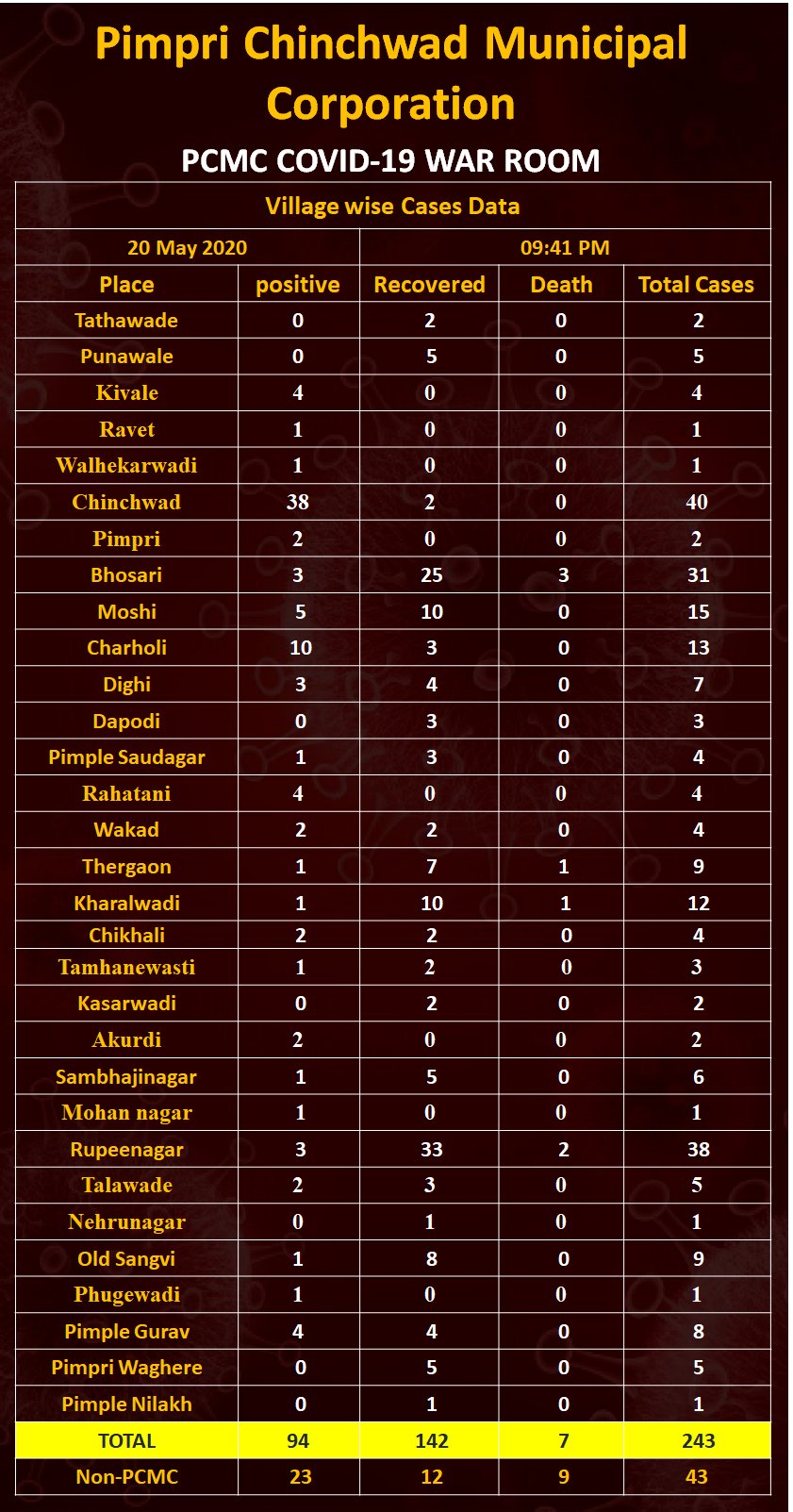