Leh (Ladakh), July 3, 2020: Prime Minister Narendra Modi has reached Leh amidst tension with China on the border in Ladakh. PM Modi is encouraging the soldiers by meeting them at the advance post here. PM is meeting the soldiers of Army, Air Force and Indo-Tibetan Border Police (ITBP).

He has been informed by officials about the latest situation along the Line of Actual Control (LAC) and preparations. The PM is also accompanied by Chief of Defence Staff (CDS) Bipin Rawat and Army Chief Manoj Mukund Naravane. It is believed that the PM has given a strong message to China by reaching the border and meeting the troops.

PM can also meet the soldiers injured in violent clashes in Galwan Valley. On the night of June 15-16, 20 Indian soldiers, including Colonel Santosh Babu, were killed during a skirmish with Chinese Army troops in the Galwan Valley of eastern Ladakh. There has been heavy tension on the border since then. A large number of soldiers and large arms have been deployed from both sides.

PM Modi reached Leh at 7 am and then went to Nimmoo by helicopter. He is meeting the soldiers and officers. PM Modi will also meet the injured jawans. 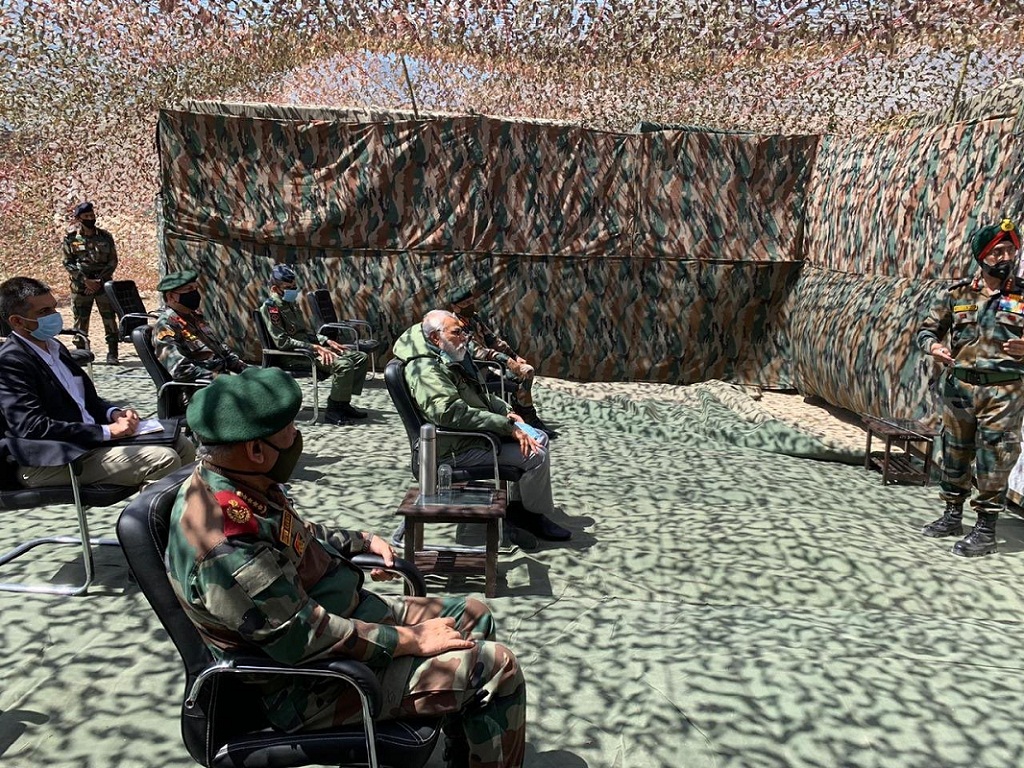 NITRD Invites Applications For 56 Vacancies For LDC, Drivers And Others Posts

CAG Invites Applications For Recruitment Of 10811 Auditors And Accountant