The summit push was commenced at midnight on Thursday after the spell of terrible snowfall at Camp 4. Mountaineers faced the gushing winds throughout the climb till dawn. The route opening team fixed the rope till the summit around noon. After the route opening team’s summit, the Giripremi team soon followed them and reached the summit after a tireless and relentless climb.

Zirpe, leader of the expedition, shared the details from the base camp. He said, “Due to the shortage of rope just 800 meters below the summit, the route opening team had to stop their climb midway and returned to Camp 4 on April 15. Chhang Dawa Sherpa and I, who were operating from the base camp, arranged the necessary equipment from Kathmandu to Camp 4 on a war footing. This ensured the second attempt of the route opening on April 16 which was looking distant a day before. All these dramas delayed the route opening by a day affecting the Giripremi’s summit push. Considering the weather forecast and the slimmer weather window, Giripremi’s team followed the route opening team for their summit push. All the mountaineers heading towards the summit faced the gushing winds along with bone-chilling cold as temperature dropped significantly. The cloud cover started gathering near the summit in the morning affected the pace of the climbers. A steep couloir just before the summit tested the skills of mountaineers. The slightly unfavourable weather at the fag end of the summit push made the summit uncertain. However, after overcoming all the challenges, Giripremi’s Bhushan, Sumeet and Jitendra unfurled the Indian tricolour at the summit of Mt. Annapurna-1.”

Mt. Annapurna-1 is located in Nepal Himalaya’s Annapurna massif. This massif is a home of several tall mountains. It has sixteen 6000er and above mountains, thirteen 7000er and above mountain and Mt. Annapurna I is a solitary 8000er mountain with a height of 8091 meters. Annapurna Massif is 55 kilometres long, surrounded by Gandki and Marshyangadi glaciers. Long ridges, avalanche-prone areas are characteristic of the massif, which makes climbing extremely difficult. To date, around 250 climbers have reached the summit of Mt. Annapurna-1 successfully. 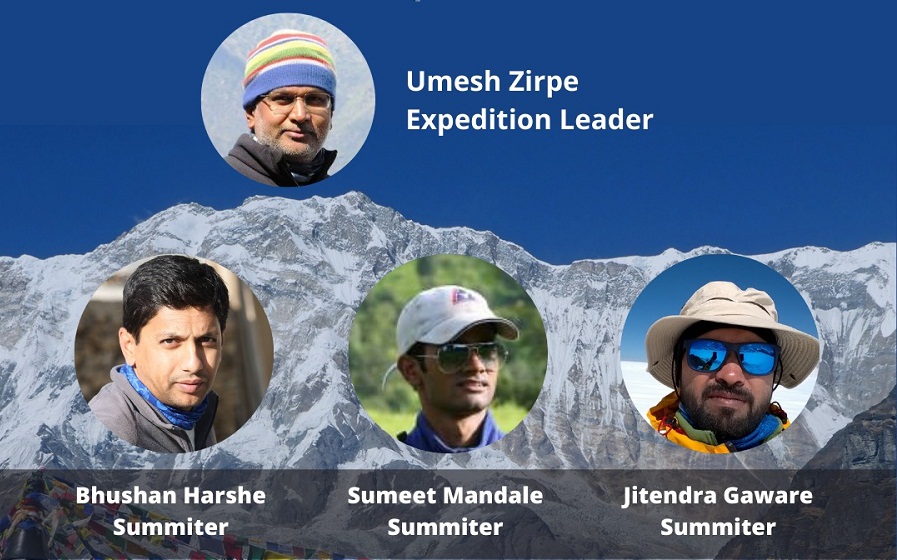 Bhushan Harshe: Bhushan Harshe scaled the world’s highest mountain- Mt. Everest in 2013 and Mt. Kangchenjunga, the third-highest mountain in the world, in 2019. Bhushan is an exceptional rock climber. He was selected for International Rock Climbing training. Currently, he is working as a head- operations and senior instructor at Guardian Giripremi Institute of Mountaineering.

Dr Sumeet Mandale: In 2016, Dr Sumeet Mandale reached the summit of the world’s sixth-highest mountain- Mt. Cho Oyu located in Tibet, China. In 2019, he bettered his mountaineering achievements by climbing Mt. Kanchenjunga, the world’s third-highest mountain, located on the borders of India and Nepal. Sumeet is an Ayurvedic Practitioner and a prolific rock climber. He also works as a senior instructor at Guardian Giripremi Institute of Mountaineering.

Jitendra Gaware: Jitendra is an experienced mountaineer. He has scaled Mt. Nun in 2017, Mt. Cathedral in 2018 and Mt. Kangchenjunga and Mt. Ama Dablam in 2019. 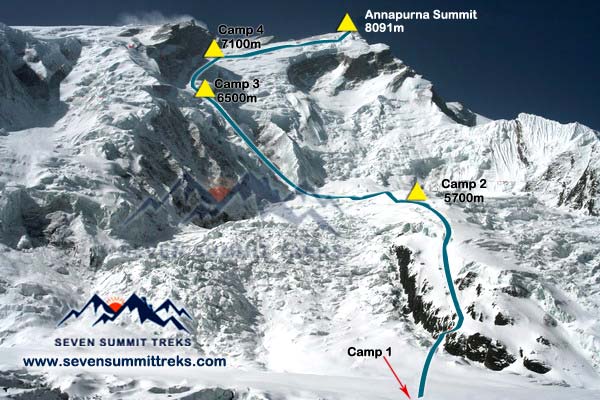