Giram hails from Sangavi village, about 100 km from Pune, in Karmala taluka  of Solapur district. After completing studies till 12th class in the village, he left home and came to Pune in 2006. He began selling tea near Perugate police chowky in Sadashiv Peth area of the city and also enrolled himself in college.

“The drought and economically poor condition of my family forced me to leave the home. I began selling tea and sent money home,” Somnath recalled his struggle days. 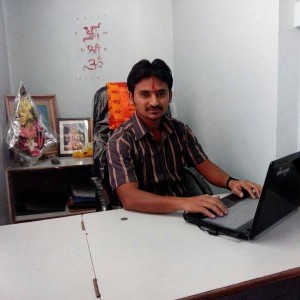 Later he enrolled himself in Shri Shahu Mandir Mahavidyalaya in Parvati and completed B.com and went on to study M.com from Garware College. “I studied between business hours.  After going to my room I studied till about 2 am. Though it was difficult given the whole day standing at the stall I didn’t give up,” Somnath tells with a smile.

People Can Opt For RT-PCR Or Rapid Antigen Test For Going To Work; PMC, PCMC Commissioners Inform During Discussions With MCCIA

Now Additional Special Trains From Pune To Bhagalpur And Danapur