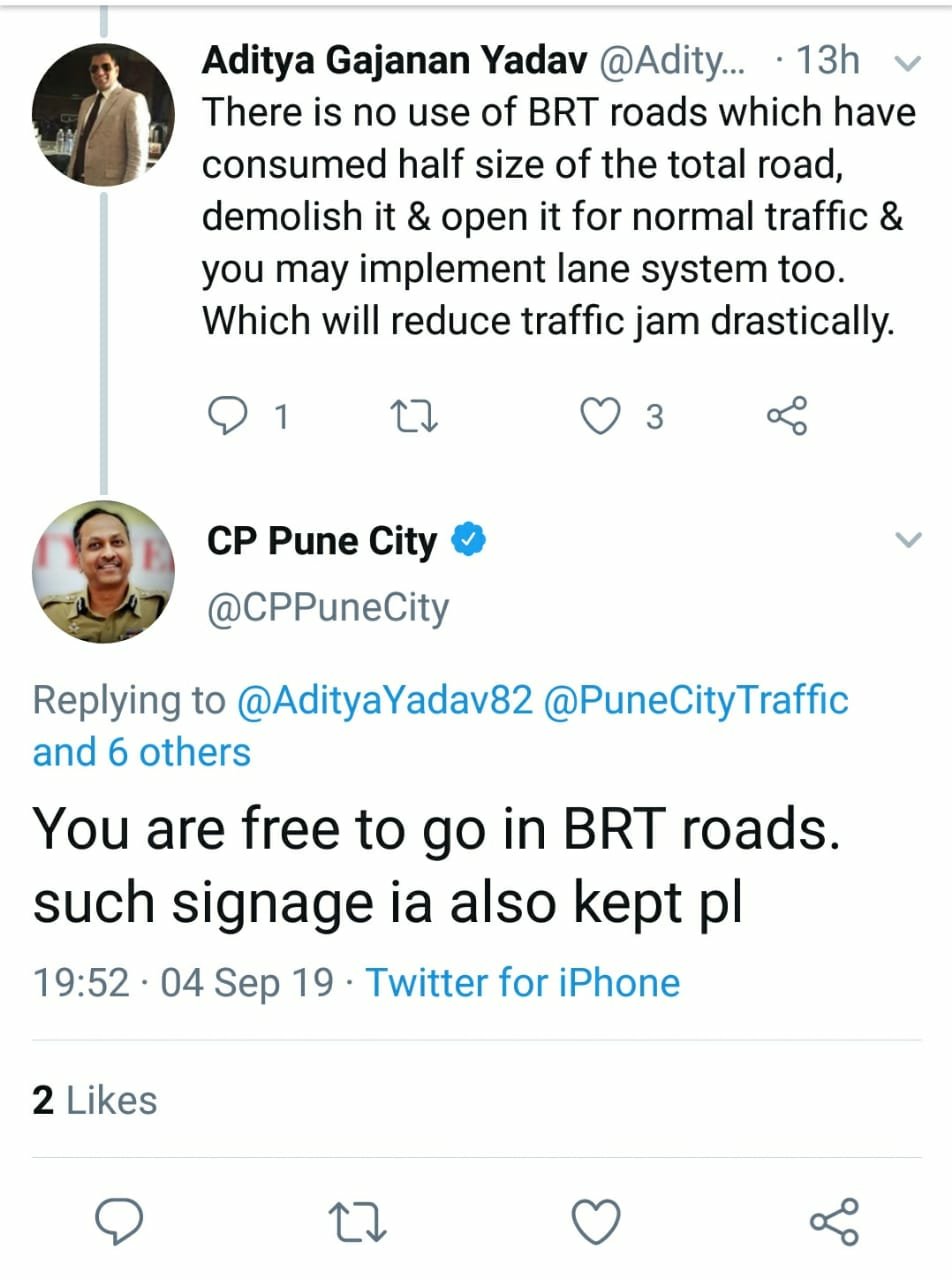 In mid June 2019 to manage congestion of traffic in the city, owing to the on-going metro work, district officials, police and PMC decided to open some bus rapid transit system (BRTS) lanes in the city for all vehicles.

The BRT system is operated by the Pune Mahanagar Parivahan Mahamandal Limited (PMPML).

No Ganpati Special trains yet because of Maharashtra govt: Central Railway

No Ganpati Special trains yet because of Maharashtra govt: Central Railway