Lieutenant General SK Saini, Ati Vishisht Seva Medal, Yudh Seva Medal, Vishist Seva Meal, General Officer Commanding -in- Chief, Southern Command visited the flood affected areas of Maharashtra and reviewed the ongoing relief and rescue operations being carried out by the brave and dauntless troops of Southern Command . A total of approximately 10,000 persons have been rescued and more than 17,500 persons have been evacuated from the marooned / flooded areas. The rescued and evacuated persons are being provided necessary medical aid and food while the isolated people are being distributed food packets and water. A special helpline number 020 26357444 is functional for assistance of the citizens of Maharashtra. Similarly a helpline number has also been made functional at Trivandrum (0471) 2352373, 2353030 for assistance of all citizens of Kerala. 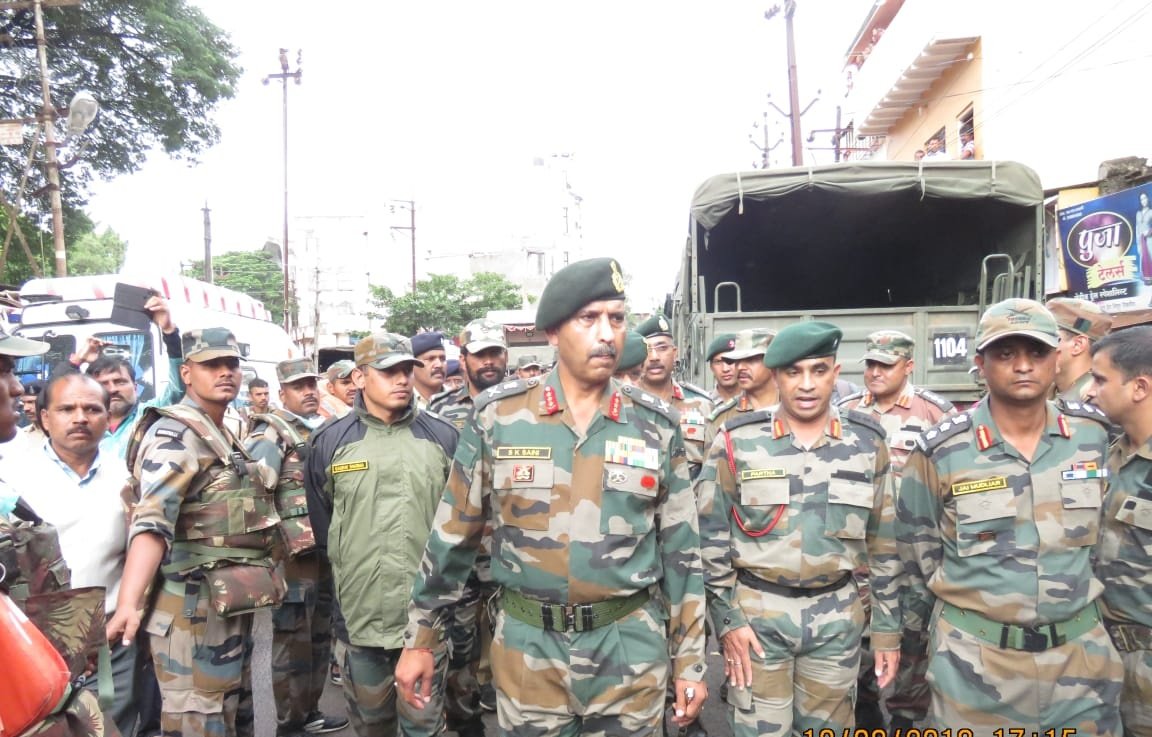