Pune, 7th April 2021: To commemorate 50 years of India’s victory over Pakistan in the 1971 Indo-Pakistan War, Swarnim Vijay Varsh celebrations are being organised across the country. As part of the celebrations, the Indian Army is organising several events to showcase and highlight its contributions. Four Vijay Mashaals have already been sent in the four cardinal directions and will be handed over from one formation to the other.

The Indian Army is also organising an online slogan writing competition from 01 April to 31 May 2021 as part of the ongoing Swarnim Vijay Varsh celebrations. The competition is open to all citizens of India and entries can be sent to swarnimvijayvarsh.adgpi@gmail.com.The first prize will get Rs 25,000 and the runner up will get Rs 20,000.

Selected slogans will be used by the official media handles of the Indian Army and due credit along with cash prizes will be given to the winning entries. The slogan competition will be followed by more events and competitions, details of which will be intimated subsequently through print and social media. This competition is part of the Army’s efforts to forge a closer bond with its fellow citizens and highlight the contributions of the Indian Armed Forces in the Indo-Pak war of 1971 which led to the liberation of Bangladesh. 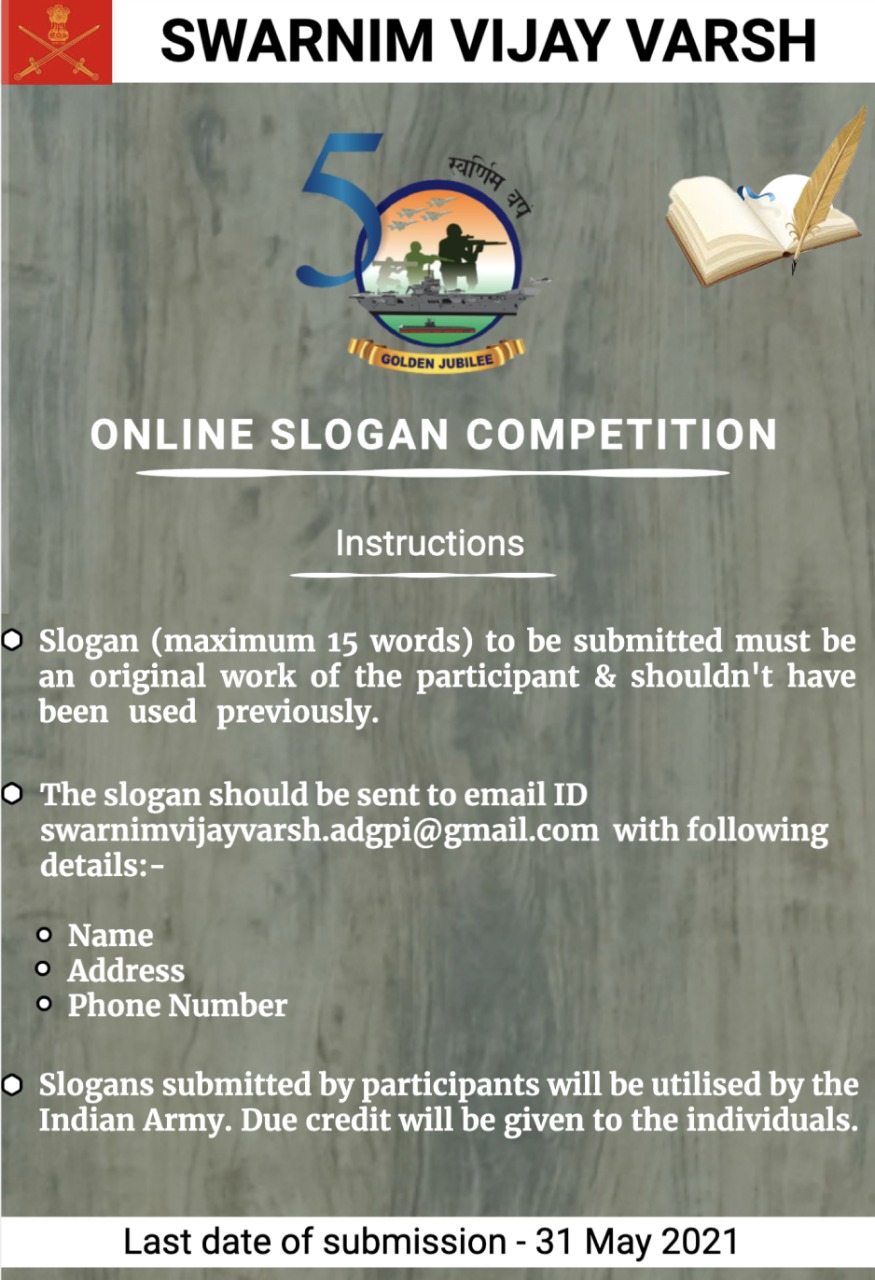