Pimpri-Chinchwad, January 19, 2021: Police Commissioner Krishna Prakash has been included in the World Book of Records, London for winning the ‘Ironman’ title.

An Ironman Triathlon is one of a series of long-distance triathlon races organized by the World Triathlon Corporation, consisting of a 2.4-mile swim, a 112-mile bicycle ride and a marathon 26.22-mile run, raced in that order. It is widely considered one of the most difficult one-day sporting events in the world.

Krishna Prakash, who hails from Hazaribagh in Jharkhand, is a 1998 batch IPS officer of Maharashtra cadre. He has held important posts in many districts of Maharashtra. He was transferred to Mumbai in 2012 as Additional Commissioner, South Region. Before joining as the police commissioner here, he was posted as Maharashtra State Special Inspector General of Police (administration) in the state police headquarters in Mumbai. He took charge as the new Commissioner of Police of Pimpri Chinchwad commissionerate in September last year.

Krishna Prakash identifies himself as a people’s officer, motivational speaker and creative writer. He is the first IG rank officer to complete Ironman and Ultraman triathlons. He is also the first Indian to finish the Race Across The West (RAW) cycle race. He often practised at Manas Lake in Pirangut and did Mumbai-Pune cycling trip several times for these competitions. 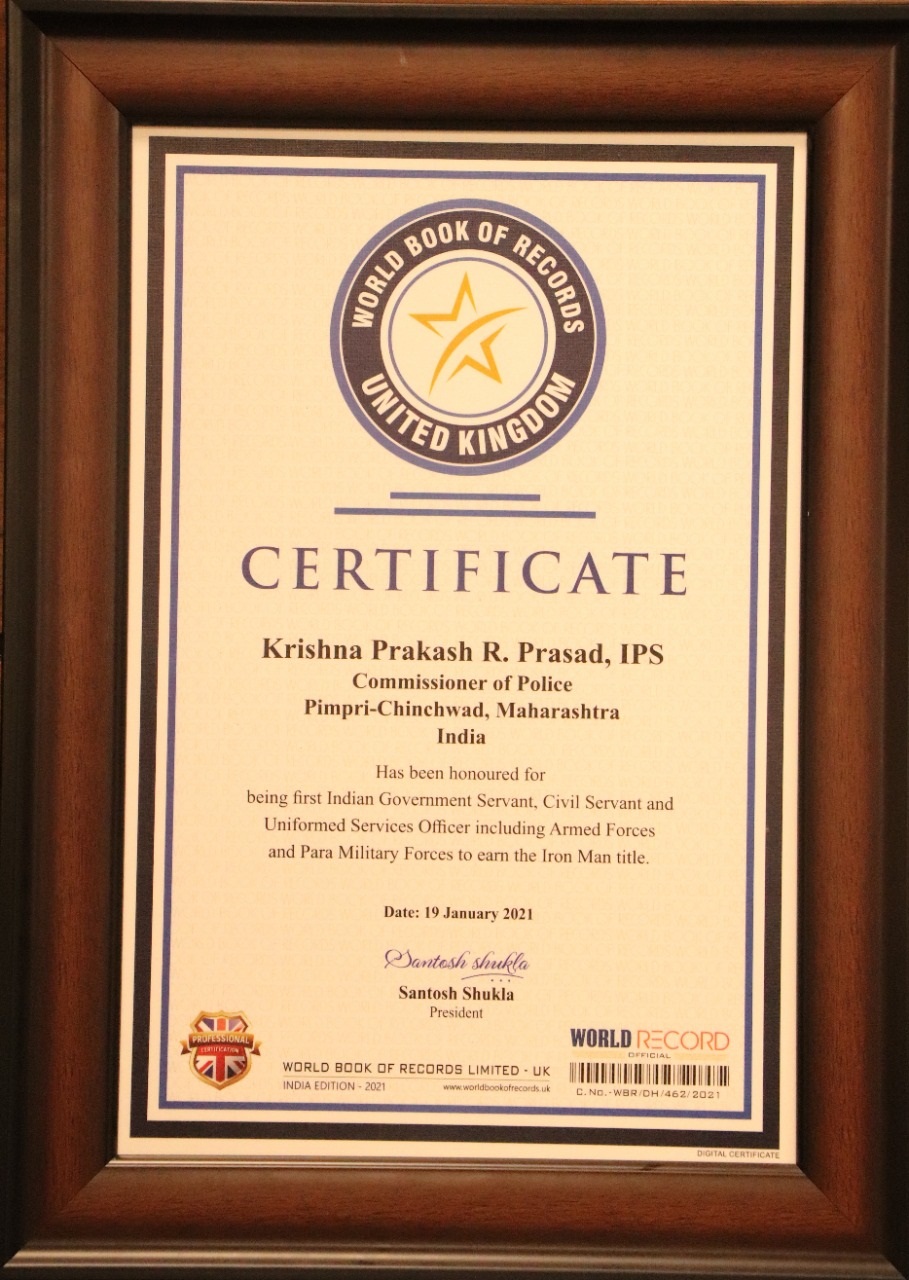