Pinaka is a free flight artillery rocket system having a range of 37.5 km. Pinaka rockets are launched from a multi-barrel rocket launcher which can launch a salvo of 12 rockets in 44 seconds. The weapon system is designed and developed by Pune based DRDO lab, Armament Research & Development Establishment (ARDE) in association with HEMRL, VRDE and CAIR. Pinaka rockets and its ground systems are currently under bulk production at Ordnance Factories, BEML, BEL, Tata Power and L&T Defence.

Joining the event by video conferencing Dr G Satheesh Reddy, Secretary DD R&D and Chairman DRDO described the AHSP transfer as a landmark event in the development of Pinaka Rocket Systems and stated that the Pinaka Rocket Systems will go a long way in fulfilling the requirement of services. 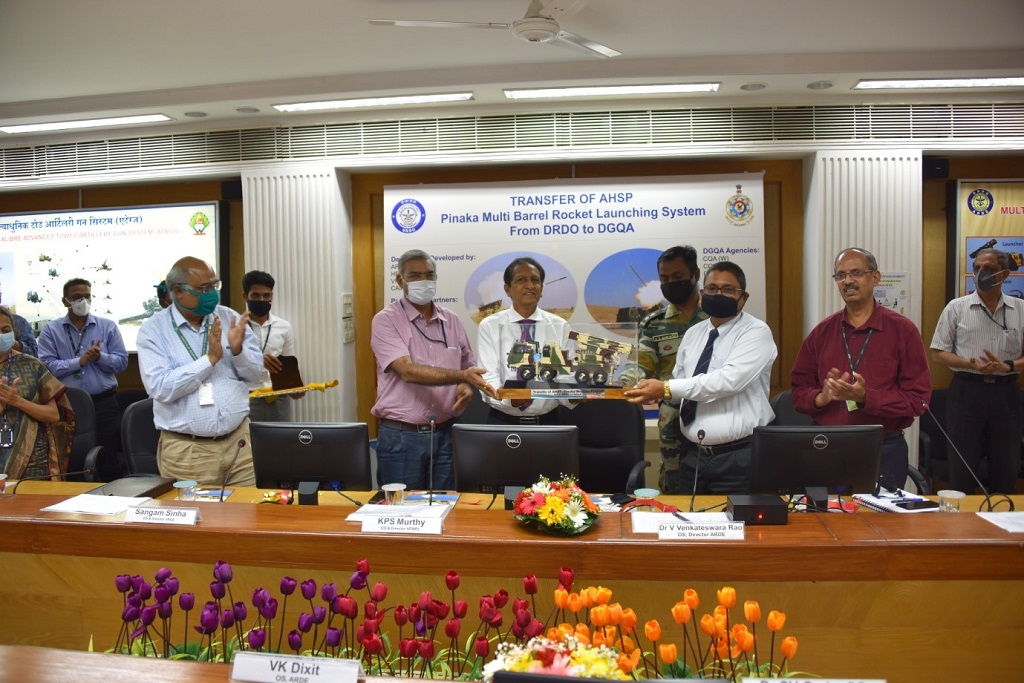