Pune, January 27, 2021: City lad Sonit Sisolekar received the Balshakti Award 2021 given for outstanding bravery and work on the national and international level. Sonit also has been the recipient of NASA’s CIS International 2019 competition price winner.

He won the prize for his research work in Volcano. Besides that, he also has won the ‘One Family, One Telescope’, international competition.

He was awarded the Balshakti award for his outstanding work at national and international level. Every year the Women and Child Welfare Department selects children aged between eight to 15 for their outstanding work in the Education, Sports, Arts and Cultural arena. The award consists of a medal, cash prize of Rs 1 lakh.

There were 17 applications from Pune district of which 13 were selected. Among the list of these 13 children sent to the Centre, Sonit was selected for the award. Sonit has also won the NASA’s CIS International 2019 competition for research on Volcanoes. He was given the prize for outstanding science award, won the One Family and One Telescope International Competition.

District Dr Rajesh Deshmukh also felicitated Sonit for winning the award. Prime Minister Narendra Modi spoke with all the competitors on the eve of Republic Day. The parents of all the District awardees were present along with resident assistant district collector Jayshree Katare, District Women and Child officer Ashwini Kamble. 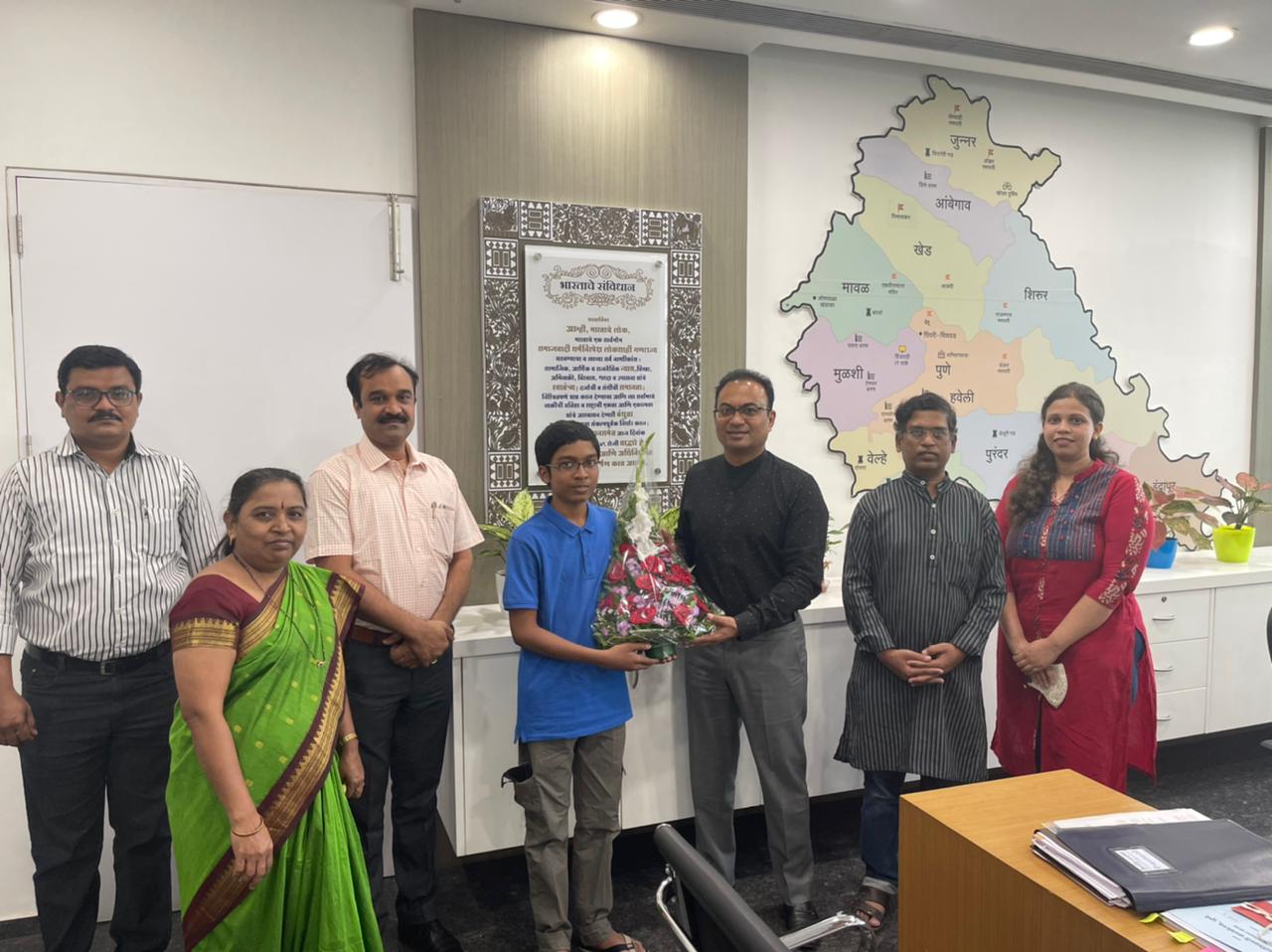