This achievement is matched by the downward spiral fall of the total active cases, which are maintained below the 7 lakh mark for the third successive day.

Presently the active cases comprise merely 8.50% of the total positive cases of the country standing at 6,68,154. 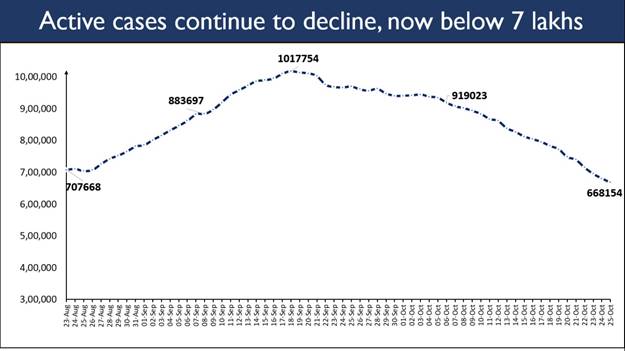 The total recovered cases also continue to rise. They are 70,78,123 so far. With increasing number of recoveries, this gap is continuously widening. The gap between Recovered cases and Active cases has crossed 64 lakh (64,09,969). 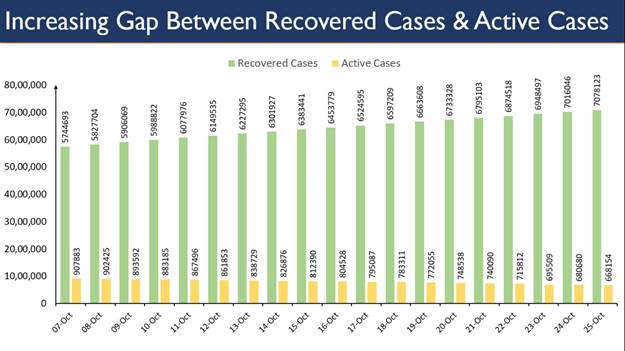 Less than 1000 deaths have been continuously reported since the last one week. The deaths are below the 1100 mark since 2nd October. 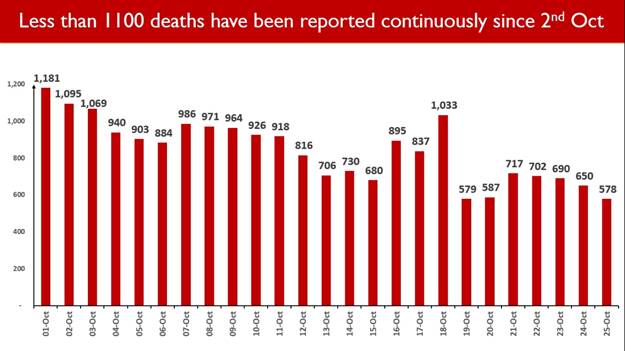 Maharashtra leads the tally with more than 10,000 single day recoveries. 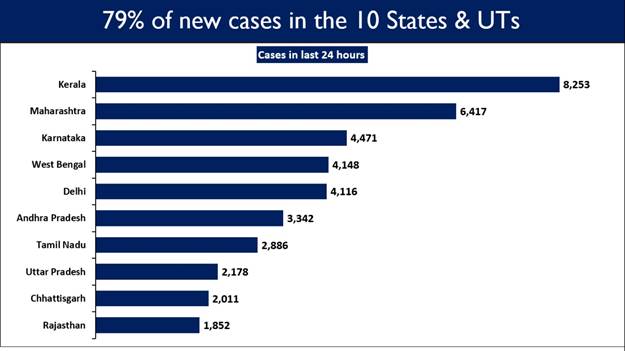 578 case fatalities have been reported in the past 24 hours. Of these, nearly 80% are concentrated in ten States/UTs.

Maharashtra has contributed the maximum to the new fatalities with 137 deaths. 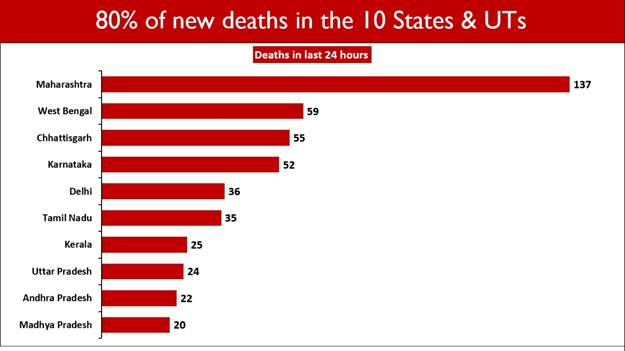 India’s testing lab network has inked another achievement today. The total number of labs has crossed 2000. Starting from one lab in Pune, the number of labs stands at 2003 which includes 1126 Government laboratories and 877 Private laboratories.