Pune, September 24, 2020: A 33-year-old woman patient has allegedly gone missing from Jumbo COVID Care Centre located on the ground of College of Engineering Pune (COEP) in Shivajinagar. She was hospitalized after testing positive for Coronavirus disease (COVID19) infection on 29 August. Her family members are protesting outside the hospital.

The name of the missing woman patient is Priya Gaikwad. According to the Pune Municipal Corporation (PMC), she was given discharge on 5th September. However, her relatives have filed her missing report in Shivaji Nagar police station.

Priya’s mother said, “She was admitted to the hospital on 29 August and I had come to meet her on 30 August. But the staff did not allow me to meet her. They said she is quarantined for 15 days. On 13 September they called and said she has been discharged.”

When the relatives asked the authority of the details, formalities of the discharge, they asked them to come on 14 September and check CCTV footage and other details. However, when the relatives went there, they were not shown footage of CCTVs. The Lifeline agency which was earlier managing the jumbo centre had taken away all the data.

“It was the duty of the hospital authority to inform us. If it was said that the discharge will be given after 15 days then how did they give discharge before? Why was she not sent home in an ambulance? They also told us that our daughter was not admitted here? We checked her everywhere, but she is missing,” the missing woman’s mother said.

Her father added, “Sassoon hospital’s ambulance had come to take our daughter to COVID center when she tested positive. But now when it is the time of discharge, she went missing. I want my daughter back and till then we will continue this protest.”

Rahul Dambale, a social activist said, “The woman has been missing for the last 25 days. The missing complaint should have been registered before when the management knew the woman was missing.”

He is helping the family and is also involved in the protest. Adding to it he said that the patients are not allowed to take mobile phones inside the Jumbo hospital. So it is difficult to make contact with anyone.

As per the records of the jumbo hospital, the patient was given a discharge on 5 September, said the PMC’s Deputy Municipal Commissioner Rajendra Mutha. He also says, “We have the CCTV footage till 4th September, the movement of a patient is seen in the footage. We will hand over the footage to the police for further investigation.”

PMC Additional Commissioner Rubal Agarwal, who is the executive of the jumbo hospital, said that a probe has been ordered in the whole incident.

The family members of the patient are protesting outside the hospital. They say that the patient is not missing and she is kidnapped or murdered. They won’t end the protest until the missing patient is brought back. 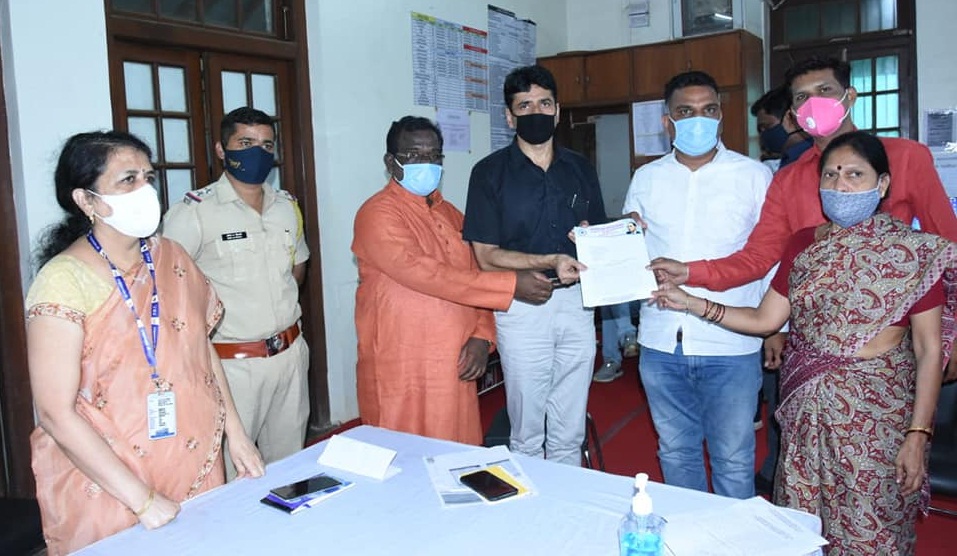