Pune, 21st January 2021: The Aam Admi Party (AAP) after establishing themselves in Delhi, is now expanding their power in other states as well. In Gram Panchayat elections in Maharashtra, the party obtained commendably victory. The party has won 96 seats in 13 districts of the state.

Speaking about this victory the state party convenor Ranga Rachure and co-convenor Kishor Madhyam said, “Maharashtra is the land of Chhatrapati Shivaji Maharaj, Mahatma Phule, Savitribai Phule, Rajarshi Shahu Maharaj, Dr Babasaheb Ambedkar. People who are having faith in social equality and democracy are supporting AAP which is a good thing. This is the victory of real politics and a new political culture is being introduced by the AAP. Though the opposition leaders applied many things by Sam-Dam-Dand-Bhed, yet they failed to divide the people.”

The state secretary of the party Dhananjay Shinde said, “The elected representatives will serve the people by bringing good changes and various development activities in their respected jurisdictions. The victory of AAP is amazing and this proves that people want change and good governance. We thank people who showed their faith in us and we will try our best to full fill our responsibility towards the people.”

The national executive committee member and spokesperson of the party Preeti Sharma Menon said, “The Aam Admi Party in Delhi has shown to people what is good governance and now this model of development in Delhi will be implemented in Maharashtra also. This is just a beginning and we are expecting to improve our position in all upcoming local body and state government elections.” 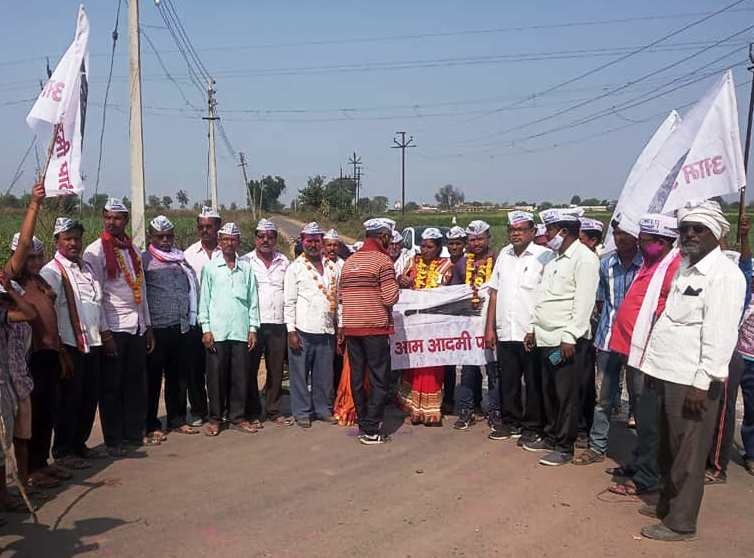